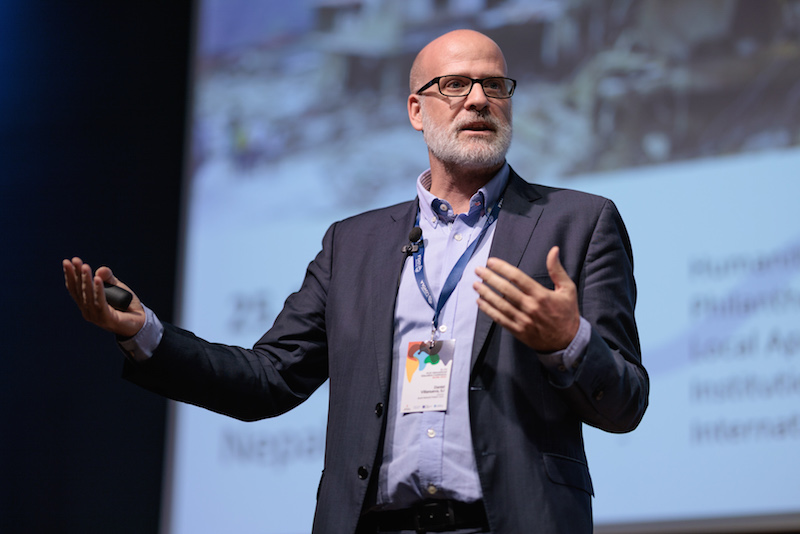 Following a federal assembly, which took place in São Paulo during the last week of October, F. Roberto Jaramillo, S.J., President of the Latin American Conference of Provincials, has named Daniel Villanueva, S.J., as the next General Coordinator of the Fe y Alegría International Federation.

Our Executive Vice-President and Head of International Cooperation for the Society of Jesus in Spain has concluded his three years as a member of the Fe y Alegría International Federation Board and since 2019 has coordinated the internationalisation process of the movement.

This change of leadership will come into effect on 1 April 2023, the date on which F. Carlos Fritzen, S.J., will conclude his current roles. The incumbent General Coordinator has spent seven years at the helm of this International Federation, which has over 2,000 education centres and supports almost one million people in twenty-two countries in the Americas, Europe, Africa and Asia, focusing on the promotion and development of education for the most impoverished populations. In April, Carlos Fritzen will see out important consolidation work with a federal scope, inside the Global Plan of Federal Priotities 2021–2025 (PGPF 2021-2025) and its Implementation Plan 2021–2023 (PIM 2021-2023).

Two weeks ago, Father Arturo Sosa – General Superior of the Society of Jesus – highlighted three focal points in this new phase of Fe y Alegría: (1) the major challenge of high-quality education in the post-pandemic era, inside the framework of the global education agreement, (2) a call for the global presence of the movement and its opening towards new frontiers, cultures and contexts, and (3) the link and alignment with universal apostolic preferences of the Society of Jesus. Undoubtedly, these will be part of the Federation’s working lines in the coming years.

From 1 April 2023, Dani Villanueva will conclude his work with Entreculturas and Alboan to embark upon his new role as General Coordinator from the International Federation’s offices in Bogotá (Colombia).

Over the past fourteen years Dani has held different responsibilities in Entreculturas - Fe y Alegría Spain, for instance Coordinator of the Africa Department (2008–2011), Assistant Director (2012–2014) and General Manager (2015–2017). Since January 2018, he has been Executive Vice-President of Entreculturas and Alboan and the Head of International Cooperation for the Society of Jesus in Spain.